Raids have become common in parts of Kenya in recent months by pastoralists invading private land, raiding homes and driving livestock into farms.

Footsteps came first, then unfamiliar voices, the smell of cow dung and the kicking in of the front door.

Suddenly awake, John Mbogo wrapped his 11-year-old daughter Tabitha in his arms and rolled under the bed. His wife, Anne, crawled next to them, eyes wide.
Torchlight fell on the now empty beds and they saw naked legs smeared in manure, a “shuka” blanket rolled at the waist and the muzzle of a gun.
“There was nothing I could do but hide,” said John, recounting the June invasion by armed herders, dressed for battle, at their small family compound in Kamwenje, a mostly ethnic Kikuyu settlement in Laikipia, high on the eastern rim of Kenya’s Rift Valley. More pics after cut....

Read more »
Posted by olumide fafore at 10:38 No comments: 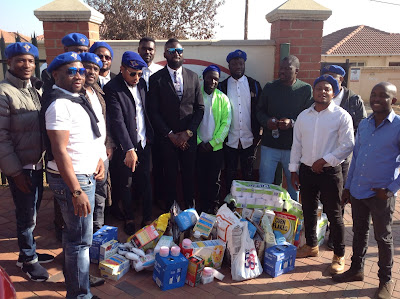 Members of Madiba Avairy, A Socio-Cultural Group with Aviaries across the globe paid a visit to Impilo Home in Cosmos City, Northern Johannesburg on Mandela's Day, July 18th 2017. More Pics after cut... 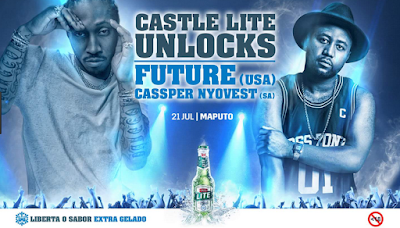 Set to take place at Aqua Park in Maputo on the 21st of July, Laylizzy will grace the stage as the only Mozambican hip hop artist to perform at the first Castle Lite Unlocks experience in Mozambique, alongside international heavyweights Future and Cassper Nyovest.

The musical takeover which has some of the greatest stars in Africa on the line-up will be happening on the 21st of July in Aqua Park (Maputo). Laylizzy, alongside American rapper, Future and SA’s hip hop star, Cassper Nyovest, will be showcasing his musical talent, representing Mozambique as the only hip hop artist to grace the stage at the first ever Castle Lite Unlocks experience in the country. More pics after cut.....
Read more »
Posted by olumide fafore at 10:09 No comments: United Progressive People’s Party – UPP president Saviour Chishimba says it is foolish for dictator Edgar Lungu to claim that he should take away some rights belonging to people. He has condemned Lungu’s desire to declare himself as a dictator and demanded for the release of incarcerated UPND leader Hakainde Hichilema immediately. He has also called for Lungu to be mentally examined as he is showing symptoms of madness.

Read more »
Posted by olumide fafore at 10:41 No comments: Rwandan authorities have summarily executed “at least 37” people accused of committing minor criminal offences, instead of prosecuting them, Human Rights Watch (HRW) says.
The government in Kigali denies that any extrajudicial killings took place.
Most of the alleged victims were accused of theft – in one case stealing bananas.
Others were accused of smuggling marijuana, illegally entering the country, or using illegal fishing nets.

Read more »
Posted by olumide fafore at 10:32 No comments:

Johannesburg, South Africa:A breeze is sweeping through the Mzansi’sentertainment landscape, and with a name that means ‘she who must be admired’, Miranda Mokhele Ntshangase is on a meteoric rise to the top.Blessed with a smooth, unmistakably captivating voice, she’s set to take the music and acting industry by storm in 2017.
She has just released her first single named “Lendoda” and it has already been rotating and playlistedon South Africa’s top radio stations and is available on Itunes/Google play and other digital platforms.More pics after cut.......
Read more »
Posted by olumide fafore at 10:25 No comments: 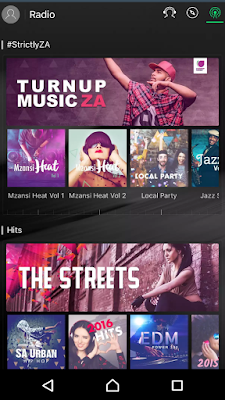 Introducing a new, cool radio station on a music streaming service that will make great urban music accessible to all South Africans

TurnUpMusic officially announces the launch of its new radio station,TurnUp Radio, a steaming radio station focused on fans of urban music. It is exclusively available on Joox, the new music app launched by Tencent and Media 24.

TurnUp Music launched to market in August 2016 and as the time draws closer to its 1 year anniversary, the locally built music platform is taking things to greater heights as it now officially launches its radio station, TurnUp Radio on Tencent’s new mobile music streaming app, JOOX.
Read more »
Posted by olumide fafore at 09:57 No comments: 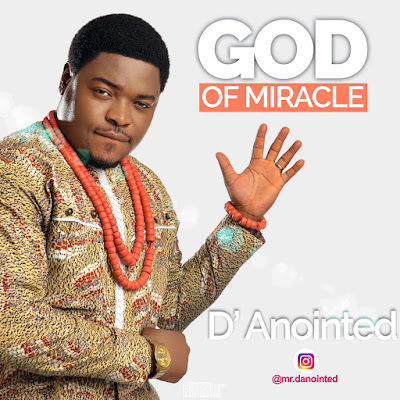 Gospel singer, D’ Anointed, who took some time off music to focus on his family is back in the scene and expresses gratitude for life’s daily blessings through the release of his new single, “God of Miracle.”

After taking some time off music to focus on his family, D’Anointed is very much blessed and excited to be making music once again.  This greatly talented songwriter and contemporary gospel artist from Nigeria is officially back in the music scene and it is with a great depth of God’s presence in the midst that the new song, “God of Miracle” is one of many singles to be released by D’Anointed this year.
Read more »
Posted by olumide fafore at 09:53 No comments:


Some of the country's most famous faces took over Greyville Racecourse in Durban on Saturday for the prestigious Durban July.  And, man, did they look good!
The fashion at the event has become a highlight at the annual horse racing event with many celebs planning their outfits weeks and months in advance.
From famous politicians to popular actresses, some of our faves really brought their a-game.
More pics after cut.......

Read more »
Posted by olumide fafore at 09:55 No comments: 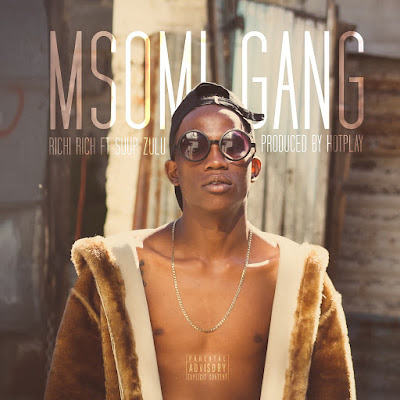 From the streets of North Gomora rises Richi Rich, the new school leader in HipHop music.
He brings a perspective of the most notorious community empowerment story, the Msomi Gang.

Msomi gang, a debut single from his upcoming project named after his hood, North Gomora strongly sends a message to all that a new star is rising from Alexandra.

Following in the footsteps of the late great Flabba, Richi Rich takes you through his struggles and successes, with a ghetto twist and without doubt wind the hearts of the streets in the hood and in the city.