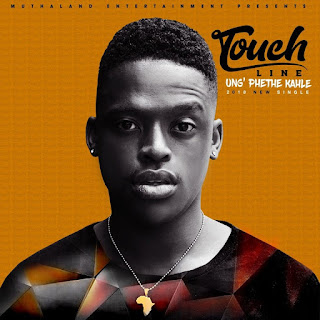 From ample time and effort put into perfecting his craft, recording artist, Touchline is ready to make waves in the music scene as he releases his debut single, “Ung’phethe Kahle” under Muthaland Entertainment, exclusively on music streaming app, JOOX.

From the dusty streets of Tembisa, an uncut diamond in the form of Touchline (real name Thabo Mahlwele) emerged. Touchline has been in the music scene for quite some time and started recording his own music at the age of 17.

Being a true poet, Touchline is blessed with the gift of bringing realness to his content which allows him to bring the deep emotion from his listeners’ hearts as they are able to picture and draw relevance with his story telling verses. This is very much the case with his new single, “Ung’phethe Kahle” which he releases as his debut single under Muthaland Entertainment.
Read more »
Posted by olumide fafore at 16:05 No comments: