Read more »
Posted by olumide fafore at 15:14 No comments:


Manchester graduate Ray Kileo, who was able to undertake his studies thanks to a scholarship, is transforming Tanzanian capital city Dar es Salaam after returning there to work on its transport system.

Ray grew up with six siblings in a village in the foothills of Mount Kilimanjaro. From his days at a technical school he dreamed of making a real difference to his country, and he worked hard to eventually graduate from Dar Es Salaam Institute of Technology as a civil engineer in 2011.

Read more »
Posted by olumide fafore at 14:53 No comments:

Renowned thespian and only the Motswana to be honoured by Broadway, Donald Molosi is at it again. The actor, who’s had many strides in Hollywood is set to release his new Documentary Film titled We Are All Blue  based on his 2011 one man show play titled Blue, Black and White which earned him both Best Actor Award at the Dialogue one Festival and a Best Solo Award off-Broadway.

Blue, Black and White (2011), is the longest running one- man show in the Botswana’s history and was the first- ever Botswana play staged off- Broadway in New York City. It is written, directed and performed by Molosi and it has been performed in several countries in the region and in the US. It is about the country’s first democratically elected President, Seretse Khama and his interracial, transformative marriage. The storyline depicts the sad reality and the fallout that happened when Seretse and Ruth Williams fell in love.

Read more »
Posted by olumide fafore at 14:41 No comments:

After clinching the Against All Odds award for her Quickwave production at the Shashalazi Theatre Awards last month, Joyce Ngubane is now aiming for the stars.
Ngubane, 70, said she started penning scripts in isiZulu in the late 80s after she was inspired by Ugazi, a drama that aired on the then Radio Zulu.
"Radio told wonderful stories which spoke about things that troubled people," said the senior citizen.
The gogo, who has eight children and four grandchildren, said she took writing seriously after she retired as a receptionist in 2004.

Read more »
Posted by olumide fafore at 10:53 No comments: 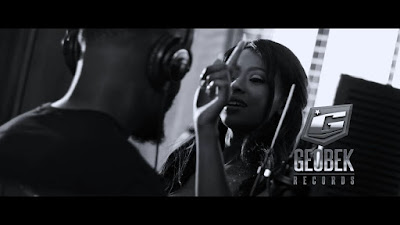 Being one of the acts to watch out for in 2017 according to MTV Base Africa’s hot list, the highly-anticipated music video for Laylizzy’s single, “Forever” which was released on Valentine’s Day is finally here.

The visuals deliver a great mood and depiction of the relationship drama described on the song as Laylizzy pours out his feelings through the music.
“You want me to stay, that’s why you misplaced my keys today to the Mercedes, but you can keep that car, doctor, doctor, you can’t keep my heart…”
Through interpreting the lyrics, Laylizzy seems to very much unapologetic while simultaneously encountering mixed feelings about the dilemma that he’s experiencing.
More pics after cut......
Read more »
Posted by olumide fafore at 10:45 No comments: